Luxo aims to sell LED luminaires with single LEDs, LED modules and LED drivers with the best possible quality. We also strive to provide customers with the quality they want, nothing more, nothing less. By doing this, we provide a good cost/benefit ratio to our customers.

We use their expertise to design and manufacture innovative products with low energy consumption and long life. Equally important is our experience and know-how about the design of optics and thermal control, so that the products will perform to standard over a long period of time.

How we work with LED

Quality
We always use the best quality LEDs for our products, from the best manufacturers.

Color
Particular attention is given to the color temperatures and color rendering qualities of the LED lightsources we use.

Heat management
High power LEDs require more precise current and heat management than traditional lightsources. Our know-how of thermal control has significant influence on the lifespan of our products. 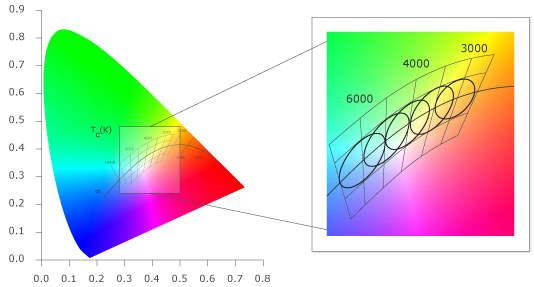 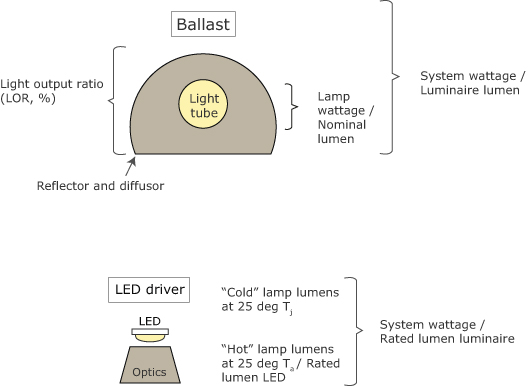 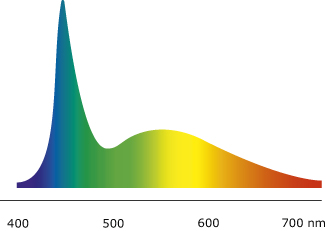 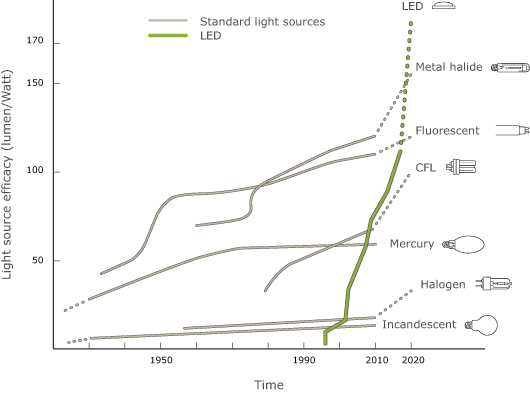 Up and down movement (tilt)

Rotation around a horizontal axis (roll)

Our history of lighting for the individual began with the development of the L-1 task light in 1937. The freedom of movement, and the ability to place the light exactly where it was needed, forever changed the way task lights work.

L-1 was designed by Luxo’s founder, the engineer Jac Jacobsen, and is still in production today. The lamp arm is balanced by springs that work on the action and reaction principle of human arm muscles.

Naturally, our range of products has been vastly expanded since those early days. However, the philosophy and knowledge from the development of the L-1 is still maintained in our modern products. Today, our range of task lights and other arm-based luminaires comprises a wide variety of arm technology, most notably with internal or external springs. They all have perfect balance, and careful ergonomics built into them. In fact, the aesthetics of the arm designs may be considered a quality in their own right.

The ability to place the light exactly where it is needed is a hallmark of a Luxo arm. The flexibility of arm and lamp head means that it is easy to adjust Luxo task lights for your personal needs. The arm construction ensures that the lamp head will always stay in the right position without drifting.

The best solution for achieving optimal workspace lighting is an asymmetric task light.

Ergonomically designed task lights distribute light evenly across the working area. Since light is directed across the worksurface, it will not cause any glare to the user or discomfort to colleagues. The even light distribution eases the transition between light and dark areas and allows your eyes to work in a constant, comfortable light.

Requirements for good workspace lighting are laid down in the international standard for indoor workplace lighting, EN 12464-1. Luxo task lights surpass the illuminance requirements of a minimum average of 500 lux on the desk surface.

An individual ergonomic task light ensures optimal workspace lighting. The illustration below shows an important advantage of asymmetric light output: the luminaire may be placed outside of your immediate work area, allowing for increased space to work.

Vision accounts for greater than 80% of human perception.

​Two of the more common complaints from employees in a working environment regard room temperature and the amount of light. Often ambient light levels are too high and task light levels too low. Employees experience glare from lightsources and computer screens which can lead to unwanted aches, pains and eyestrain. In order to maximize workplace productivity, minimize turnover and increase loyalty from employees, it is essential to provide adjustable task lighting at every workspace.​

People have different needs depending on their age and the type of work they do. For example, reading requires more light than computer work, and a 60 year old requires more light than a 20 year old. Modern, ergonomically-designed task lights with complete arm flexibility and controls such as dimming, allow for individual light adjustment and give users control of their workspace. Additional lighting controls such as auto shut-off and PIR sensors provide additional control as well as energy-savings.

Vision “controls” the positioning of the body to obtain optimal viewing conditions. Improper lighting causes eyestrain and undermines the benefits of other ergonomic products within a workspace. Optimal workspace lighting is achieved as ergonomically-designed asymmetric task lights distribute light evenly, across the entire work area, reducing the risk of glare and reflections.

The personal task light is actually one of the most important components for a good working environment.

A whole range of unwanted aches and pains, headaches, neck and back ailments and eyestrain can be attributed to poor lighting. This is because the body compensates for poor lighting; we adopt unhealthy postures in order to see well.

When fitting out or refurbishing your workplace it is essential to provide adequate light from an adaptable and easily adjusted source such as a task light.

The key to reduced general lighting

By placing a task light at each workspace, we are not only providing the individual with a good and ergonomically correct lighting solution, but are also making it possible to substantially reduce the general lighting in the room.

The amount of light you need changes with age. A 60 year old requires 5-6 times as much light as a 20 year old.

At Luxo we know how important light is for the working environment and for the health and well-bring of an individual in the workplace. Good lighting reduces the risk of health problems, increases safety, and enhances productivity.

For this reason we place great importance on the light quality of our illuminated magnifiers. They are not just magnifiers with light, but powerful luminaires with excellent light output. The quality and exact positioning of the lightsources in relation to the lens allow for virtually shadow-free magnification and excellent color rendering capabilities.

LED: Lightsource of the future

During the last few years we have designed, developed and manufactured a new generation of luminaires, using LED instead of traditional lightsources. Light Emitting Diodes (LED) are semiconductors that emit light when an electric current passes through them. LEDs can be used on their own, or assembled into modules for added power.

Light emitting diodes have an incredibly long life span. The diodes in our LED magnifiers have a life expectancy of over 50,000 hours. That means 25 years or more with normal use.

Our modern LED magnifiers are designed to provide the best possible ergonomics, while saving energy. They use only a fraction of the energy required by luminaires with traditional lightsources.

Filed under: Illuminated Magnifiers
Comments: None